FREE SOCKS with purchase of shoes while supplies last!
Home
Our Story
Flueseum
Sally Skull (Lilac & Beige)
Back to Flueseum 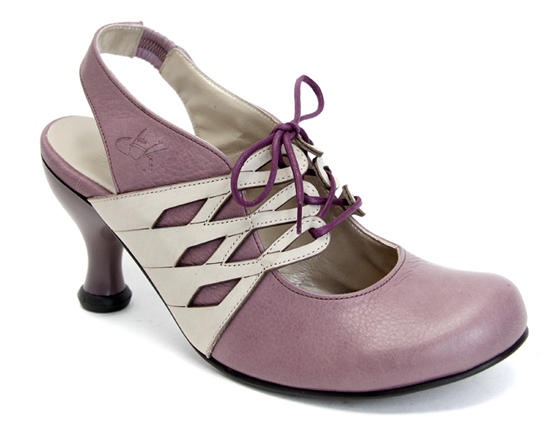 Lilac & Beige Bring it Back

Known throughout the Wild West as a sharp shootin', horse stealin', muleskinnin' cusser, there has hardly been a woman in Texan history so foul-mouthed, so feared, so insiduous as Sally Skull. When she encountered an outlaw who was talking behind her back, Sally muttered the now infamous jib "So you been talkin' about me? Well, dance, you son of a bitch!" and began blasting away at his boots with her six-shooters. Perhaps she was most feared by her four husbands, all of whom met with a tragic fate by Sally's quick trigger. Sally Skull was finally done in by husband number five, 22 years her younger, who buried Sally in a shallow grave after inheriting her estate. Using soft dusty pastel leathers with diamond and teardrop cut-out detailing, on a 2.5" Fellowship-hi heel and tunite Bellevue sole, this lace-up slingback was sure to give you what was coming to you.