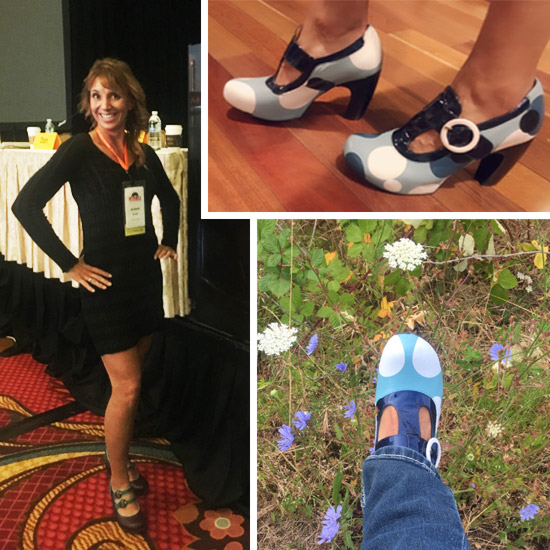 It’s no secret that Fluevogers are pretty influential people. Still, we were pretty excited to learn that Fluevoger Alison Wood would be traveling all over the world in her pairs of Vogs after she won a very competitive election at the American Registry for Internet Numbers – basically, she is now an Internet Boss!

While campaigning, she wore The Arbus and The Liz and she is 100% certain that her Vogs set her apart from the rest. While wearing them she was constantly asked to pose for pictures and to give autographs (okay, we admit, that last part is only half true).

Congratulations, Alison! We are honoured to be a part of your success!