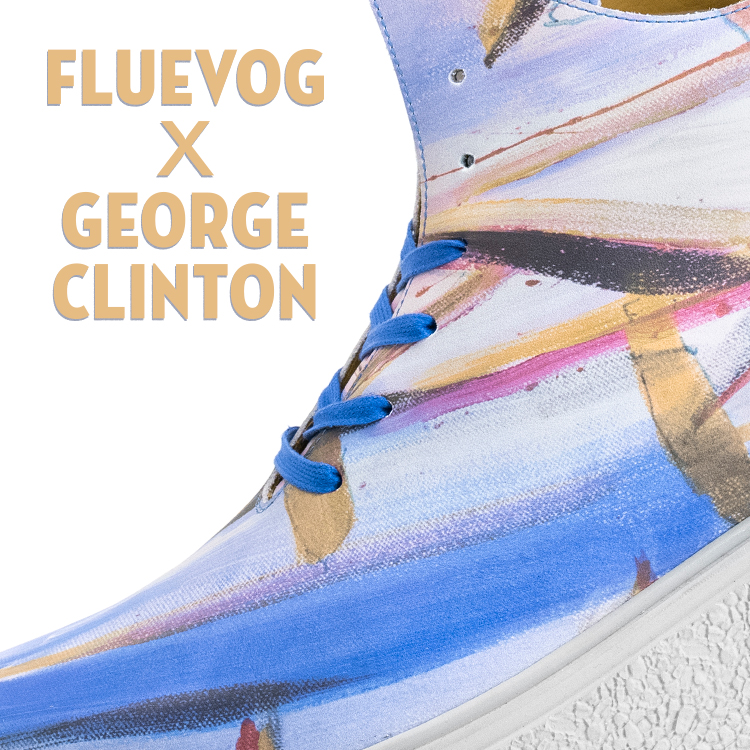 John often finds himself in awe of other artists. Case in point, he recently joined forces with friend and funk music legend George Clinton to design a boot that combines some of their shared artistic visions and had to remind himself to play it real cool alongside such an eclectic American icon. 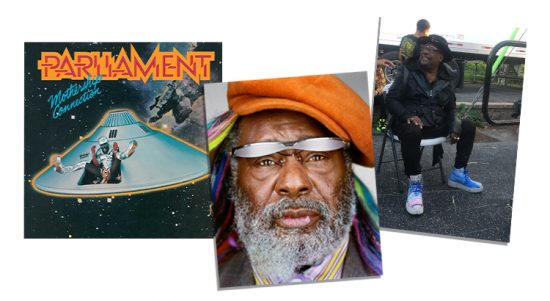 Set to hit stores this month, The MOTHERSHIP boot borrows its name from Clinton’s 1976 album, The Mothership Connection. Crafted from digitally printed leathers that depict one of Clinton’s original artworks, the boot is a more psychedelic take on John’s Space Editions Family. The boots feature a 3D-designed rubber platform sole that’s modelled after the actual surface of the moon! 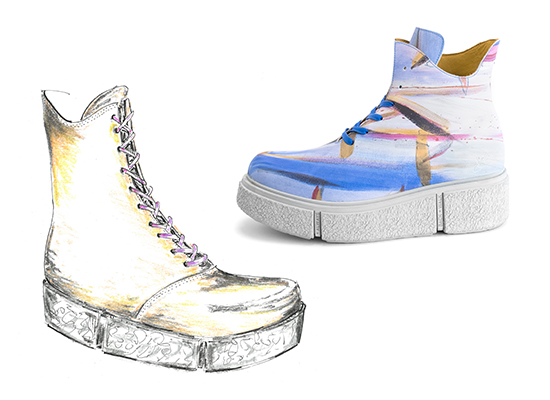 “I’m often surprised to have friends at all, let alone famous ones like George,” quips John. “I thank him for pouring so much heart and soul into this collaboration and I think we’re both excited to share it with the world.”

The MOTHERSHIP boot is now available in both men’s and women’s sizes at select Fluevog stores and online!

Early Access is now closed.
Email this Article Share on Facebook Tweet this Article Pin this Article
Back to FlueblogPreviousWay Back Wednesday: How to get to Cloud 9 with John FluevogNextFluevog Portland to celebrate with Re-opening Party!