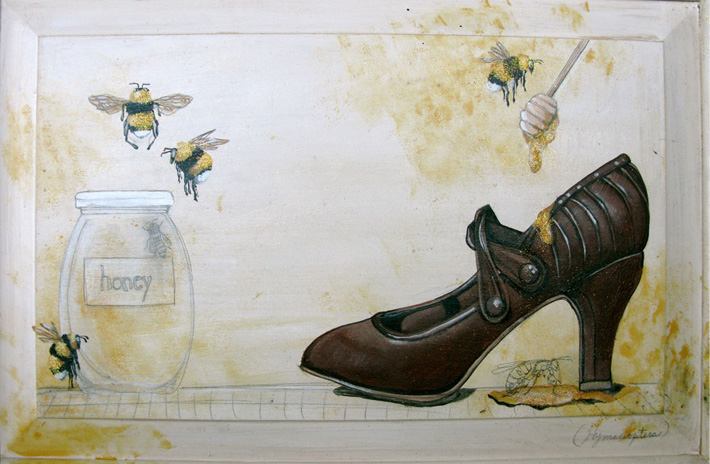 Hollie started Fluevogin’ in 1998, when she was studying at the Maryland Institute and College of Art. After spotting Fluevogs in the window of a small boutique that sold chocolates and shoes, Hollie saved up all her money and bought her first pair, the Unity Aimee in purple and lime. Over the years Hollie worked as a store artist for a large grocery chain, opened an art gallery, and did whatever it took to support her art.

In 2001, Hollie was asked by the OXO Gallery in Baltimore to paint a shoe for a juried art exhibition on shoes. Hollie’s paintings were of shoes, but consisted of carniverous plants, art supplies, and fish. The one that caught the judges’ eyes, and won Grand Prize, was a painting for a large shoe made up of insects. Winning the Grand Prize convinced her that there were other creative contests out there, and that’s when she found about John Fluevog’s Open Source Design Contest. 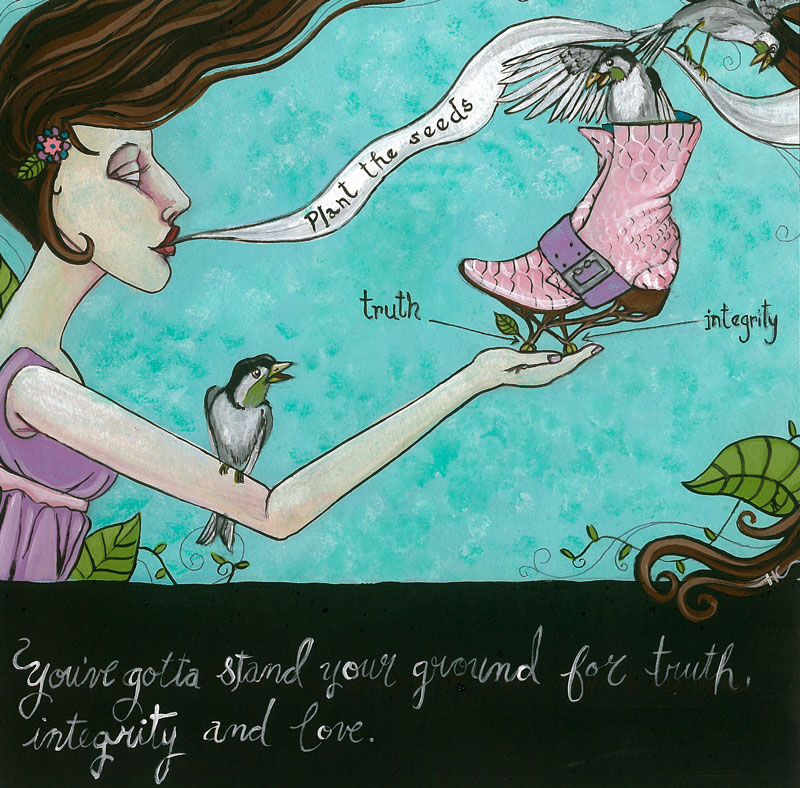 Hollie submitted a few designs into the Open Source Program, and a few ads into John’s FluevogCreative advertising contest, until she struck the perfect combination of the two things she loves: Fluevogs and Bees! She had painted both subject matters many times, but never together in the same painting. At the same time, Hollie’s friend Alli commissioned her to create such a painting, one that Hollie already had in mind to send to Fluevog.

“I wanted to make the shoe the centerpiece of the painting, the hive for the bees. It had to be a classy looking shoe… fun, but subdued… something worthy of a queen bee. Since all other the worker bees in a hive are female, it made sense they would live in a shoe. It took me quite awhile to get the shoe design right for my satisfaction, and about a week to paint!” 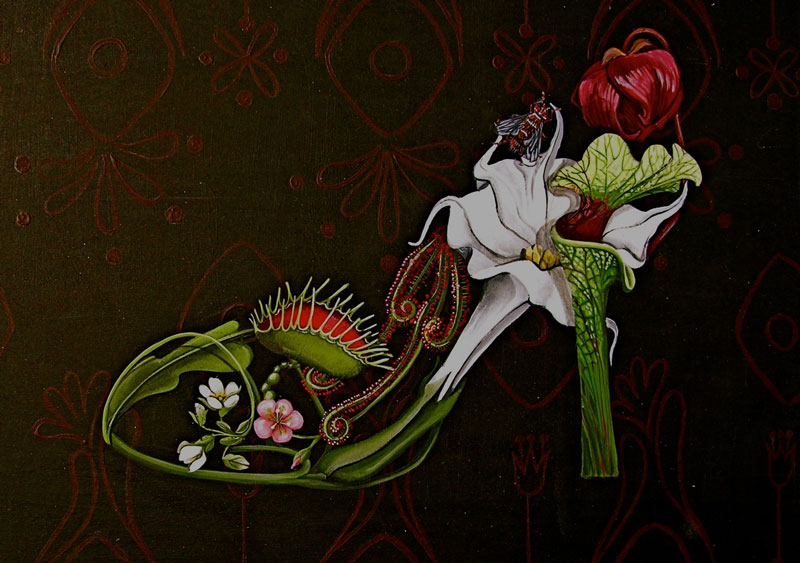 After giving the finished masterpiece to her friend, and sending in the image to Fluevog’s Open Source Program, Hollie forgot all about her submission due to the fact she was planning her wedding and had many preparations to think about, including finding a pair of Fluevog Shoes to accompany her wedding dress. Hollie took her fiance shopping at the Fluevog NYC store in Soho, where she bought two pairs and her fiance’s first pair of Fluevogs! With her September 2011 wedding approaching, she is now planning on wearing her brand new Miracle Hollies along with her mother’s wedding dress. It seems only fitting to us too.

Hollie now lives in York, Pennsylvania with her fiance, and a big white dog named Gracie, and a tiny “fairie” cat named Sadie. Although she finds York a difficult place to develop a budding art career, Hollie has found inspiration in a local community of like-minded artists. As Hollie’s friend Melissa always says, “York is like molasses.. it takes a long time for things to move, but when they do it’s soooo sweet.”

Hollie’s plans involve raising an artistic family, reading more books, taking more hikes, and living a long, happy and healthy life. She plans on having a business to call her own, perhaps a community creative center that combines art, books, classes, flowers, and shoes. Hollie is also currently looking for a creative job, so if you’re in the York, PA area, send her an email with an employment lead, or check out her website. 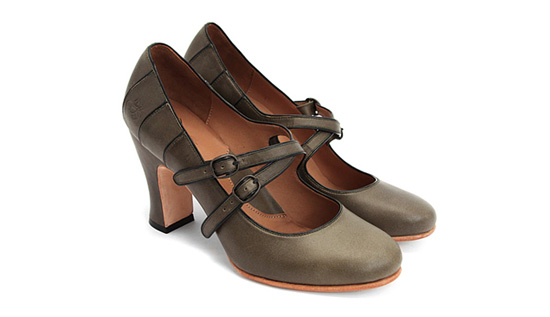