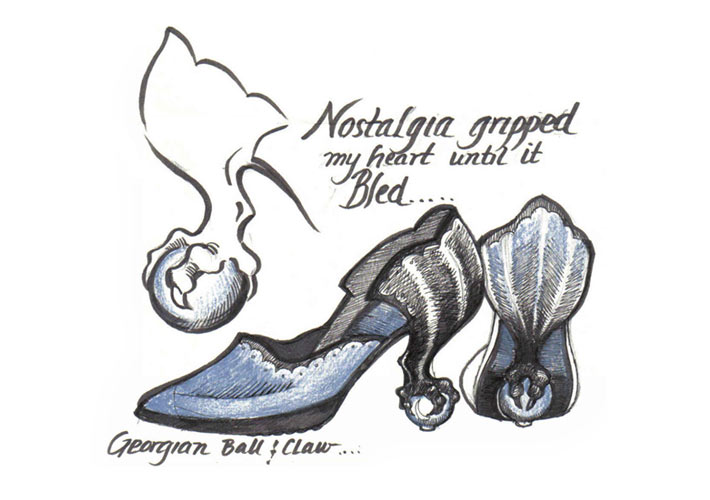 Jody was first introduced to Fluevog Shoes by her good friend Sigrid, who owned Village Shoes at the time, in Ashland, Oregon. She first laid eyes on The Mini Qtees and thought they were over the top. Sigrid told her to “be quiet, sit down and just put them on”. Jody tried on The Mini Qtees, walking around in awe for 10 minutes until she had the revelation, she had to own them. Not only were they the most comfortable shoes she had ever put on, they also made her feet giggle! The rest they say is history. Since that fateful moment, she has had upwards of 15 pairs of Fluevogs at various times, some are lovingly archived as pieces of art. 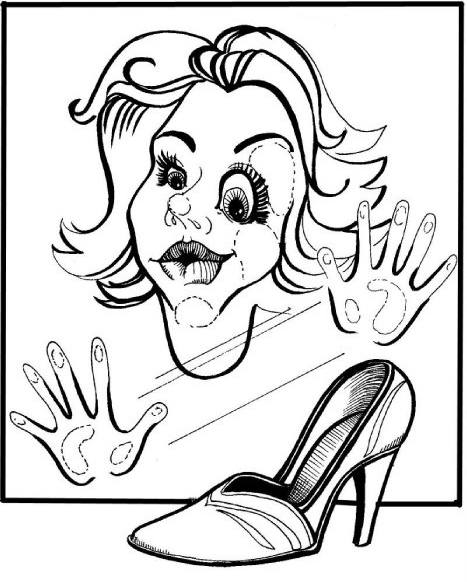 As a child Jody would draw shoes, pages and pages of high heels with infinite color combinations, most of them completely unwearable. Using crayons and ink, Jody would draw shoes on whatever paper she could find: envelopes, grocery lists, and napkins. She would draw shoes with wings, feathers, diamonds, invisible heels, ultra-high heels, and Ball & Claw heels. Thankfully, John’s Open Source Program let Jody put her shoe ideas out there, to see what might become of what she dreamed up. Never in her wildest dreams did she think one of her designs would actually be made! 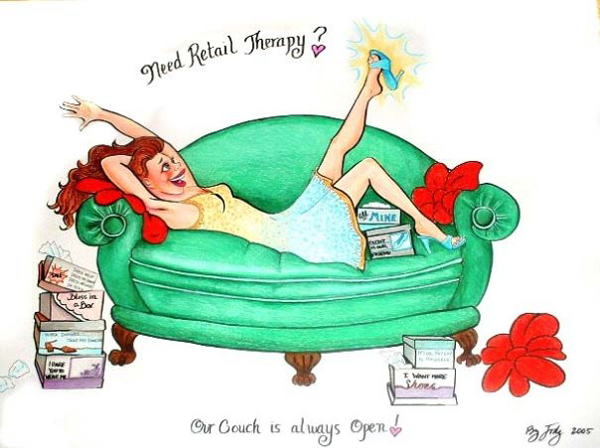 Jody grew up on cattle ranches all over the western US, but spent most of her school years in Oregon, graduating from Southern Oregon University in 1996 with a degree in commercial art. After getting a sensible job in the advertising department at the local newspaper, Jody got married that year, bought a house, and adopted a cat (in that order).

By 2005, Jody left newspaper advertising, and bounced around in retail and graphic design. During this time, she started working for her friend Sigrid at Village Shoes in Ashland OR, working one day a week, mostly for the awesome shoe benefits, she compiled an impressive Fluevog Shoe collection. Jody even got to meet John and his lovely wife Ruth during a “shoe signing,” when John and Ruth made a visit on a roadtrip in his Flueguar. While wearing her trusty Mini Qtees, John signed a pair of Operetta Malibrans for Jody. It was during this time that Jody submitted several designs to John’s Open Source Footwear Program.

Years later, Jody and her husband moved across the country to the state of Ohio to be near church and family. Currently, Jody is a video compositor and graphic designer for a television and web broadcaster, which is incredibly fulfilling and a wonderfully creative outlet for her. It’s been at least 5 years since she submitted anything to Open Source, so when Jody got the notification e-mail from Fluevog HQ that John wanted to make her shoe, it was quite a surprise. After all these years Jody’s design wasn’t forgotten, despite being on the 35th page of submitted designs.

The chosen shoe design, called “Nostalgia,” was inspired by the look of the different Ball & Claw feet of Cabriole furniture legs on tables, chairs, bathtubs, and settees. As a child, Jody’s grandmother had an antique table with Ball & Claw feet, with the claw actually holding a crystal ball. Beautiful, ornate and slightly scary looking, Cabriole furniture legs still intrigue Jody, curious as to why this was such a common furniture feature.

I love the look of The Queen Transcendent heel, as it has captured the grace and beautiful lines of the Ball & Claw style leg, without looking too “monstery,” for lack of a better term. It’s been quite an honor that after all this time John wanted to make The Queen Transcendent design into a reality. I love the design of the Elizabeth maryjane. I love that something I drew, actually did stick to that proverbial wall, and has become “transcendent.” They are beautiful shoes, and I will smile every time I wear them, and tell everyone who asks about them that ‘my Fluevog fairy tale came true!’

The Queen Transcendent Elizabeth is now available online and in Fluevog stores! 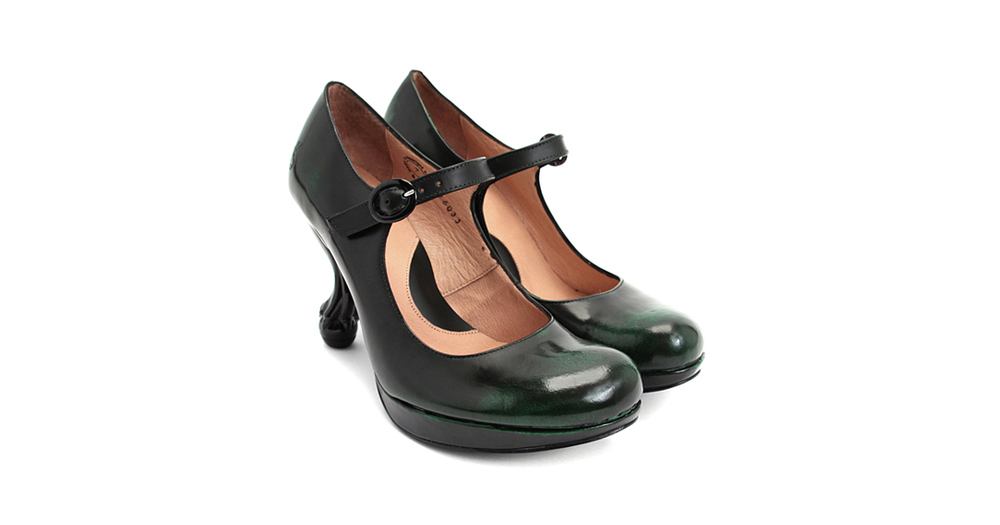