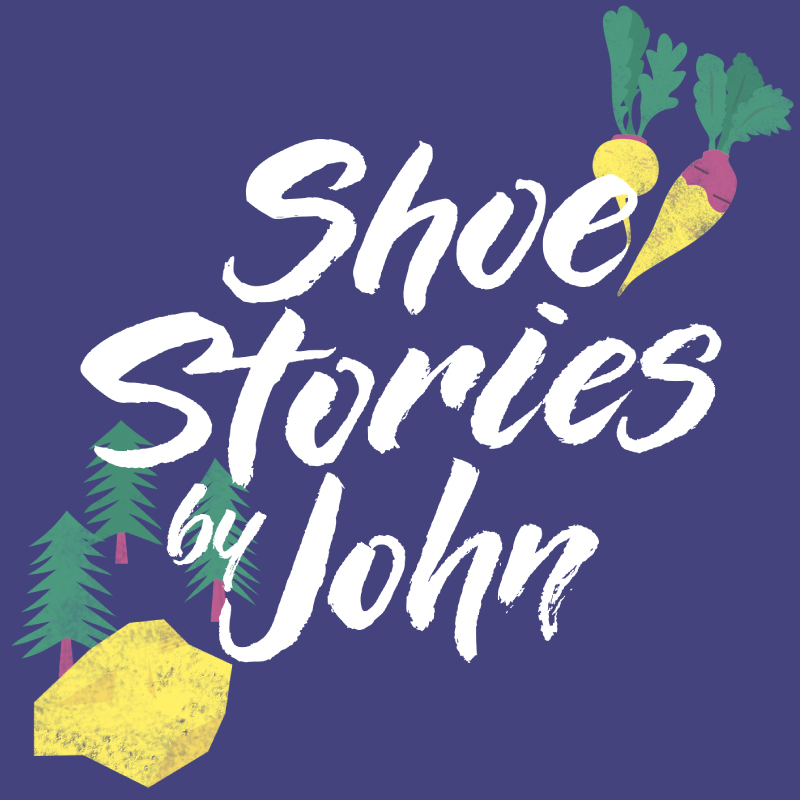 Young Rufus, a fine young man, was having Saturday brunch at a somewhat trendy French bistro on 14th St NE. He paid his bill and upon standing up, his mood changed and a strange feeling came over him. He stood for a moment in a daze as he tried to collect his composure and thoughts, but he knew from the moment the feeling came over him that he was on a new adventure in his life. He was in a mystic trance. There was no shaking it off and no turning back. It was a strong overpowering sense of something taking over his life and it felt good.

Rufus walked out of the restaurant with his Fluevogs on and started to walk. After a while, he became tired, so seeing a large rock at the side of the road he sat to rest. After some time, a girl who was also wearing Fluevogs came walking up to Rufus. She sat on the rock as well. Being the upright, friendly fellow Rufus was, he asked her name.

She said her name was Jane. After a while of sitting with few words shared, Jane asked where he was going and he sputtered that he did not know exactly, but knew he was on the right path. Her immediate response was: ‘I know what you mean.’

Quite a while went by and they both got up as if a bell or alarm had gone off and started walking together. They Fluevog’d along till it got quite dark and it occurred to both of them, upon seeing a cute little restaurant with a brick front, a tall chimney and the smell of fresh rutabagas and turnips wafting out, that they were hungry.

They were seated by a small window across from the crackling fireplace, which was a welcome warmth. They both sat in silence and it was Rufus who first noticed that they were the only ones in the restaurant. Not normally a good sign, he thought, but tonight it seemed entirely correct. Jane ordered the rutabagas and Rufus the turnips.

While they sat waiting for their food, they both eyed the restaurant noticing all the unique décor and strange little knick-knacks, and every once in while, their eyes would meet in awkward silence. Despite this, it soon became clear that both of them were settling into the comfort of the moment.

Jane suddenly said ‘I like your Fluevogs’ and Rufus responded with, ‘Thanks, I like yours too.’ They both smiled and at that point, something wonderful happened. They both saw how much they liked each other and could finally look into each other’s eyes with total ease. They were together always from that moment on.*

*It should be noted that, having walked together for most of the day, they Ubered home that night.

Email this Article Share on Facebook Tweet this Article Pin this Article
Back to FlueblogPreviousFluevogCreative: Catching up with The ChosenNextWay Back Wednesday: Let the Un-Brainwashing Begin