Free Domestic Shipping for orders over $250
Home
Flueblog
Shoe Stories by John: A Spec in the Heavens
PreviousNext

Shoe Stories by John: A Spec in the Heavens 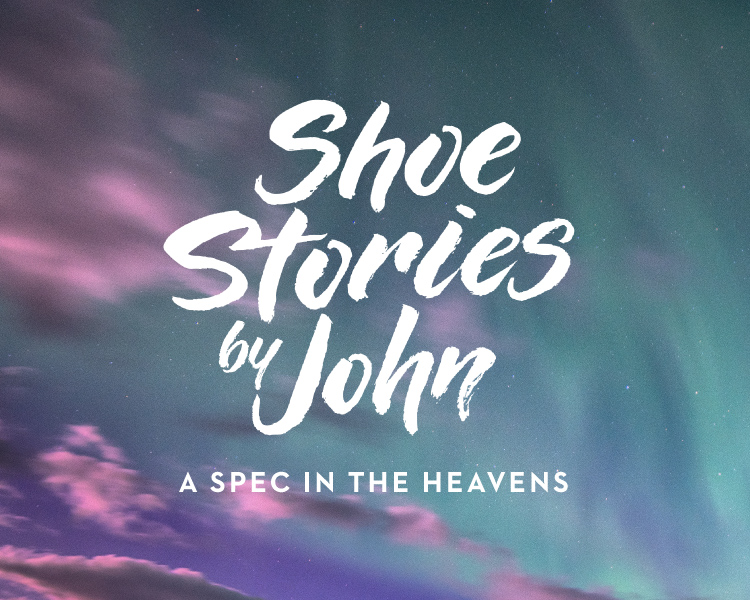 Atlantis and Rochester, after having each gotten a pair of Fluevogs, lay gazing into the summer night. Awe and wonder filled their beating hearts. Suddenly, the heavens seemed to move towards them, so much so that they became unaware of their current surroundings and could only see more and more endless space.

It seemed as though time was standing still as an intense quiet overtook them both. They zoomed weightlessly through space and soon became aware of the joy that was filling their hearts. Holding hands, they could both feel that something was afoot. Something very large indeed.

Years could have passed or it could have just been a moment. It was hard to tell. The only thing Atlantis and Rochester were sure about was that they felt no pain and no hunger, only joy and great expectation.

At one point, they turned their heads and saw Earth as only a spec in the heavens and it was at this time that felt they were beginning to slow down.

They saw a great white light and soon enough, all kinds of super cool shoes came floating by. They had arrived at the planet of Fluevog. There, they saw lots of friends and loved ones and everyone was wearing Fluevogs.

They began to realize that this was the place that all Fluevogs came from. The creativity and wonder was so intense that they could barely stand it, but comfortingly, they felt that they had reached Fluevog nirvana.

All they could feel was purity and pleasure. Basking in the Fluevog joy, they frolicked and played till suddenly it was over.

They were back looking at the stars, but the experience had changed them forever. Atlantis and Rochester had been to Fluevog and had been Fluevog’d. They were marked for life and enlightened by the experience of pure sole love.

They now understood the tapestry of life and knew that with Fluevogs on, there would always be new hope and new joy.